Glasgow Short Film Festival, Scotland’s flagship short film event, champions new film talent from Scotland and across the world.  Dressing up, going out and behaving badly is the loose theme of this selection from the 2015 programme, curated for Lighthouse Late and showcasing some of Scotland’s hottest talents in animation, fiction, documentary and artists’ moving image.

STATUE by Michelle Hannah | 2014 | 11 min @thisismuin
Filmed within the University of Edinburgh’s Playfair Library, Statue crosses genres of science fiction, pop music, architecture and performance. Based on the book Vermillion Sands by JG Ballard, a song is played out Kubrickian style by a lone androgynous figure, a hyper-fantastic post-human alter ego to the blind eyes of the marble masculine gaze. She is presented as a digital chanteuse mixed with Laurie Anderson by way of the Thin White Duke.

GLASGOW’S GRAND OLE OPRY by Marisa Privitera Murdoch | 2014 | 10 min @mpm1122
A documentary about a group of elderly eccentrics who still dress up as cowboys and find solace in Scotland's oldest country & western club. With a cast of characters like Tennessee Lady and DJ Rowdy Roddy, we’re given an insight into this unique club and its charming members.

SCRIBBLEDUB by Ross Hogg | 2014 | 3 min @MrRossHogg
A film conversation using 16mm film and a projector. Scribbledub explores the dependent relationship between image and sound - the 'scribble' creates the 'dub', the 'dub' informs the 'scribble’.

BB by Kate Burton | 2014 | 17 min
When Anna discovers an unwelcome intruder in her home she enlists the help of her mild mannered neighbour. Frank enters into Anna's strange and chaotic world and finds himself well removed from his comfort zone. Amusingly awkward social challenges follow and an unlikely relationship is formed.

PENISMOUSE by Kristof Babaski | 2014 | 6 min
Myszochujek, a playfully racy animated film about censorship & control, was made in 1957 by little known Polish director, Kristof Babaski. Formally lost in the archives, The Polish Film Club have restored, remastered & released it in 2014 in HD.

HAPPY BIRTHDAY TO ME by Peter Mackie Burns | 2014 | 14 min @comecloserfilm
Lucy is thirty today and her life could be a bit better. So she chucks her boyfriend and drifts around drunk in East London trying to have a laugh and start up some fun conversations.

VINCENT BLACK LIGHTNING by Cat Bruce | 2014 | 5 min @catbruce
The tragic love story of Red Molly and James. With music by Ewan Robertson, the song Vincent Black lightning written by Richard Thompson is about love, motorbikes and a redheaded girl. 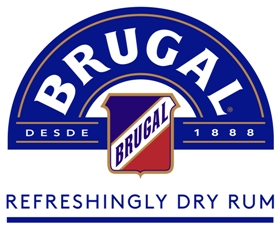